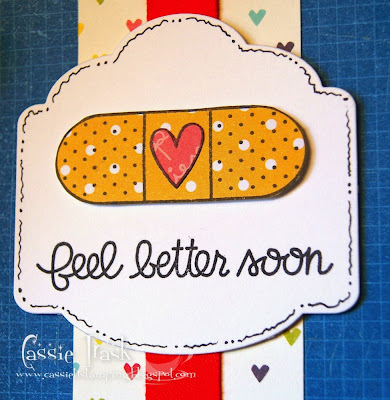 Hey there!  Did you get a chance to hop with CardMaker and Taylored Expressions yet?  If not, you really need to scroll down, because there is a prize to be won ;)

We've been super busy in our house.  The kids are still working on school, but my husband took the week off.  That actually took some convincing on my part.  He hates to leave others to do his work, so getting him to take vacation when no one else is, is near impossible.  I think he became convinced when he saw how completely stressed out I have been about having to get our house ready to sell.  One of the things we've gotten done, has been transitioning our closet back into a closet from my 'craft cave'.  I'll show pics later this week :)

Onto my card. . .I made this because one of my uncles back home is very sick.  I haven't been able to get back to Nebraska in several years.  I love them dearly, and it's killing me not to be there.  I used the Paper Smooches stamp set called Healthy Vibes.  I really do love their whimsical stamps.  Who wouldn't feel better after seeing that darling bandaid?!  I also used one of the new dies from Taylored Expressions called Label Stacklets 7.

My card was also made using the Paper Smooches Sparks Challenge, which was a color challenge.  I went a bit darker with my blue, but stayed pretty true to the rest of the colors.  If you look closely, there are some light blue hearts on one of my papers, which was the first dp I picked out.  I just couldn't resist added the darker blue after I got started.  Sometimes you just move where the card spirits take ya ;) 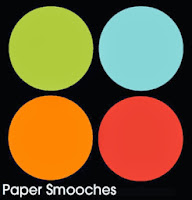 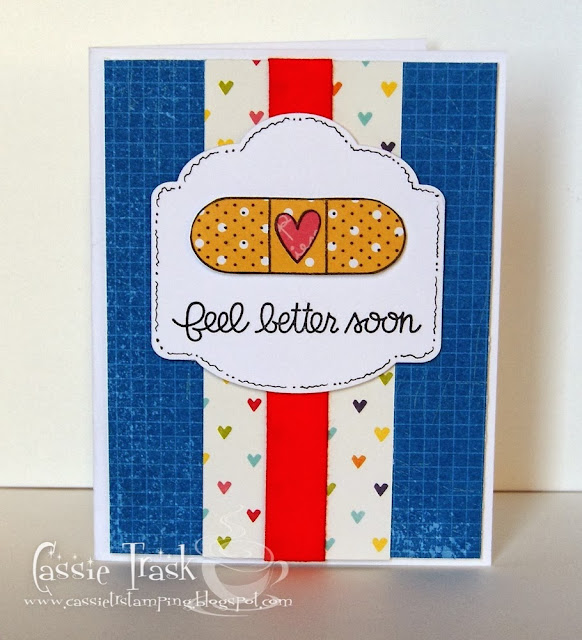 Thanks for stopping in.  I'll get some before and after pics taken of the closet and have more stampy goodness to show you later as well :)
Posted by Cassie at 9:07 AM

Thanks for stopping by and taking the time to comment. I always appreciate your sweet words :)

Cassie
I am a military wife and crafter living in Alabama. I am a daughter of the King, and am amazed more and more everyday by the love that Jesus forever pours over me. I started this blog to share what makes me me. Feel free to email me: cassie006@gmail.com

I'm so glad you've stopped by and hope that you find inspiration in being here. However, please do not use my ideas for personal gain or for submissions for publication. Give credit where credit is due.